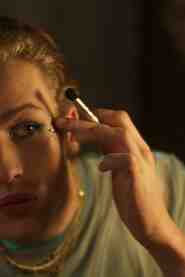 “Prisma,” is set in the city of Latina, just south of Rome, and its surrounding area, which used to be a swamp until the land was drained under Fascist rule. The area is now known for modernist architecture and fertile agriculture. The eight-episode show is centered around identical adolescent twins Marco and Andrea, who challenge gender norms in different ways, along with their group of friends who are also going through a similar journey.